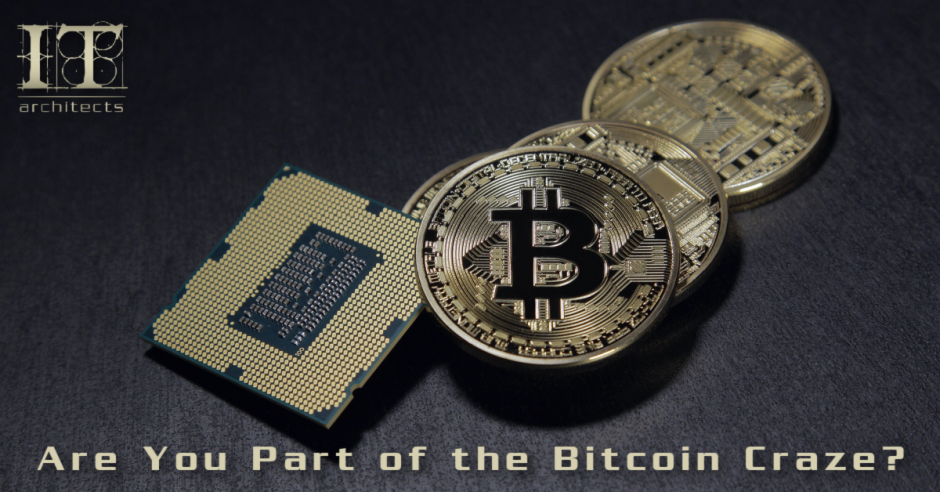 On March 30, 2010, someone tried to sell 10,000 bitcoins for $50.  The highest bid was only $20 and no one bought them.  By April 2021, those coins were worth half a billion dollars, give or take.  That got me thinking.  Is it possible that something could go from nothing to everything?  It didn’t take me long to find the Bitcoin Forum where the coins were being auctioned: https://bitcointalk.org/?topic=92.0.  My next thought was, “Why didn’t anybody buy them?”  It was obvious there was no rhyme or reason when it came to price and bitcoin was on a roller-coaster ride.  I remember in 2018 the value of a single bitcoin hit $10,000 and it stayed there until late 2020.  But then it started an upward trend and hit an ultimate high of over $60,000 on April 13, 2021.  Of course this triggered a massive selloff which had caused the price to drop $15,000 by the end of April 2021.

Almost everyone has heard of bitcoin.  In simple terms, bitcoin is a digital currency that doesn’t need a central bank and can trade globally.  Until recently, I would have said that it is also a currency that keeps gaining value, but it’s already hit a high, and the question is whether it can hit a higher high.  A lot of people are guessing as to what’s driving bitcoin prices through the roof and whether those prices are sustainable.  My questions are twofold: “Is it worth investing in bitcoin?” and “What are the security risks of bitcoin?”  These are questions every sophisticated investor should ask.

We’ve already established that bitcoin is a digital form of currency, also known as a decentralized cryptocurrency.  Decentralization gives bitcoin value independent of a controlling agency like a government or a corporation.  The value of a single bitcoin is determined solely by supply, demand, and what people are willing to pay to own a fraction of a bitcoin.  Bitcoin is actually the original cryptocurrency and there are many others out there.  By definition, a cryptocurrency uses blockchain and cryptography to validate itself.  When we talk about cryptocurrencies, it’s inevitable that we talk about the technology behind it known as blockchain.  The blockchain is a database that tracks every bitcoin transaction, and is often referred to as a “public ledger”, which identifies when and how each transaction occurred.  The ledger is publicly accessible through Application Programming Interfaces (APIs) and what are called torrent sites.  To prevent tampering with bitcoin transactions, the database is cryptographically secured, while transaction information is encrypted.  Bitcoin was also the first to decentralize what is called “proof-of-work” to validate the legitimacy of a bitcoin.  Each transaction on a blockchain is unalterable, making it a total public record of each use of the bitcoin, or portions thereof.

Why is Bitcoin Different From Other Cryptocurrencies?

All cryptocurrencies use blockchain, and they all have their own unique intricacies.  They have also followed similar trajectories to Bitcoin with spikes and free fall drops.  The top 10 cryptocurrencies by volume are: 1) Bitcoin, 2) Ethereum, 3) Binance, 4) Dogecoin, 5) XRP, 6) Tether, 7) Cardano, 8) Polkadot, 9) Uniswap, and 10) Litecoin.  Although all these cryptocurrencies use blockchain technology, the method and purpose of each one is different.  Let’s take Etherium for example.  Etherium wasn’t designed to be a value transfer platform but was rather built for distributed application programming.  Don’t get me wrong, Etherium does have a monetary value in the form of its fuel, which we call Ether, but its overall model includes much more.  Regardless, that hasn’t stopped it from being traded as a currency.  And for the IT guys, Ethereum has also become the de facto home of non-fungible tokens (NFTs), which are blockchain ledger entries certifying ownership of a digital asset.  Other cryptocurrencies, such as Dogecoin and Litecoin, use blockchain but don’t rely on SHA-256 encryption like Bitcoin does.  They use something called Scrypt, a password-based key derivation function, to build coin hashes instead.  It’s no wonder we’re all getting confused with all these technical terms.  I hope that sophisticated investors understand all this stuff.

Bitcoin’s biggest difference from its competitors isn’t any of those code-related elements, but the fact that it was first out of the gate and has become popular based on brand awareness (i.e. name recognition).  Bitcoin is something everyone has heard of somewhere along the line, but when you mention another cryptocurrency, it comes as a surprise.  This also means that bitcoin has matured in both technical deployment and business use.  Even governments have invested in bitcoin.  The big players, governments and corporations, have driven the price to the moon and made bitcoin a household name.

Why are Bitcoin Prices Sky-Rocketing?

The only answer I know to that question is “speculation”.  Bitcoin has no intrinsic value whatsoever.  It is purely a speculative asset—a private fiat currency—whose value is whatever the markets say it is.  At the end, everyone wants to make a quick buck.  Thus, without a perceived value proposition or a historic precedent to fall back on, it’s anyone’s guess where the price will go or if it will ever crash.  I believe it won’t crash since government has been investing in bitcoin.  If bitcoin crashes, so does the government unless they print more money.  This may very well be the reason that bitcoin prices have been going up.  And if that’s not enough, the Chinese government has taken interest in bitcoin mining, motivating other countries to invest and prevent Chinese bitcoin domination.  Bitcoin mining is the process of adding new transactions to the blockchain which is a transaction in the ledger, and as more bitcoins are issued, the ledger grows.  Now that bitcoin has hit a new high, financial gurus are speculating that there is a correction looming, maybe even a crash, as a result of the massive selloffs.

Let’s face it, bitcoin is more volatile than most volcanoes.  This is why it’s so difficult to price.  An item priced at one bitcoin today might result in a huge loss if bitcoins drop in price, which is likely considering its historic track record.  In December 2017, bitcoins tumbled nearly 30% in value for no reason to us regular people, and in April 2021, the announcement of a new capital gains tax in the US resulted in massive selloffs threatening bitcoin’s four-month 66% growth and wiping out over $200 billion in value from the crypto market in less than a week.

Does Bitcoin Have Any Practical Uses?

This has been the major source of criticism of bitcoin and other cryptocurrencies.  However, the answer is “yes”, there are practical uses and there are more springing up as we speak.  Just the other day, a friend sent me a YouTube video introducing an IBM and Maersk-sponsored cross-border supply chain solution on blockchain.  Even the banking industry is leveraging blockchain for real-time, point-to-point transfer of funds between financial institutions. I won’t even mention the business applications using blockchain in other industries such as healthcare, retail, insurance, government, and the list goes on.

The big problem I see is that bitcoin can’t be used everywhere to make purchases.  Even Tesla has recently announced that they won’t entertain the bitcoin to purchase their cars.  It’s difficult to turn bitcoin into cash, which makes using it for purchases rather impossible at times.  Buying goods and services with bitcoin can be tricky, if not impossible, since they aren’t often priced in bitcoin.  Thus, this makes the value of the bitcoin irrelevant since it doesn’t have a cash value.  And remember, the cash value of a bitcoin is not the price you paid for the bitcoin.

There are many practical business applications for blockchain technology.  Businesses can use blockchain to enhance security, build decentralized applications, make data redundancy simpler, plus much more.  It’s nearly impossible to list all the uses, while more are being created all the time.

What are the Security Risks of Using Bitcoin?

Security is always a concern when it comes to digital commerce.  There have been a number of high-profile thefts of bitcoins even with high-profile security mechanisms in place.  Apps that play in the cryptocurrency space are continuously dealing with malware.  The fact that bitcoin is anonymous, just like cash, makes it a target for cybercriminals.  I’m told that amassing bitcoins is necessary to use it, and rather than earn it by mining or exchanging fiat currency (declared by a government to be legal tender) for it, cybercriminals are more apt to try stealing yours.  Apparently, in the spring of 2020, cybercriminals made off with $1.4 billion in cryptocurrency.  Now, how is that possible if digital wallets are considered to be cryptographically secured?  If I’m to load up on bitcoin, I’m definitely going to take some advanced digital security courses to protect my investment.  For those with no advanced digital security background, it’s important to use trustworthy bitcoin-related apps and websites, and be on top of the latest security bitcoin trends.  It’s impossible to mitigate all risks, but being smart and proactive can help stop the theft.

Does Investing in Bitcoin Make Sense?

If you’re risk-averse, stay away from bitcoin.  If you have some money to gamble, you could either lose it all or make a windfall.  It’s almost like flipping a coin unless you’re a bitcoin insider.  If you’re bent on investing in bitcoin, then you should at least wait for some cryptocurrency market stabilization or a practical use to emerge that empowers businesses.  The bitcoin and other cryptocurrency markets are characterized by extremely irrational market gyrations.  Cryptocurrencies seem to lack any obvious fundamental value anchor, while bitcoin is likely to remain a textbook example of excess volatility.

Bitcoin, and cryptocurrencies in general, may make sense for those doing business internationally.  The reason being is that bitcoin has a relatively quick transaction time (so volatility isn’t an issue), accounts are international (so there’s no need for multiple portfolios of currency), and there’s no credit risk (since the sender has to have the bitcoin in a wallet to make a purchase).  The problem with international transactions is that many countries have banned bitcoin and other cryptocurrencies.  Thus, exchanging bitcoins to local currency can take time, and any resulting volatility can cause an extreme change in value, which affects both the payer and the payee.

Bitcoin runs on an energy-intensive network.  Bitcoin’s energy consumption makes it economically inviable.  Moreover, the energy used is primarily sourced from fossil fuels, which doesn’t make it environmentally responsible either.  As the bitcoin network continues to grow, more mining is required to extract value while consuming more energy.  I read that the Bitcoin network has a carbon footprint comparable to the country of Bulgaria (49.57Mt of CO²), uses as much energy as Kazakhstan (104.37TWh), and is responsible for as much electronic waste as Luxembourg (9.60kt) on an annual basis.  To put it in perspective, one bitcoin transaction is equivalent to 1,073,927 Visa transactions or 80,758 hours of videos streamed on Youtube.  My advice to you as an investor is to invest in the company that is going to solve the bitcoin energy problem by replacing it with renewable energy sources, specifically green energy.

The best thing about cryptocurrencies like bitcoin is also the worst thing about cryptocurrencies: there are few rules.  Digital currencies and the ledgers that hold the transactions offer much more freedom than government-backed currency but, unfortunately, also come with fewer protections.  However, I’m all for avoiding bank fees and all the regulations that go along with organized financial institutions.  Furthermore, there are endless opportunities for new digital and blockchain solutions, and no limits on creativity.  Investing in bitcoin and other cryptocurrencies is an investment in the future of technology, particularly when it comes to solutions that use blockchain.

Mr. Bob Ivkovic is a Principal with IT Architects in Calgary, Alberta.  IT Architects (www.itarchitects.ca) is an information consulting firm specializing in business process optimization, system evolution planning, and the deployment of leading-edge technologies.  If you require further information, Bob can be reached at ivkovic@itarchitects.ca or 403-630-1126.