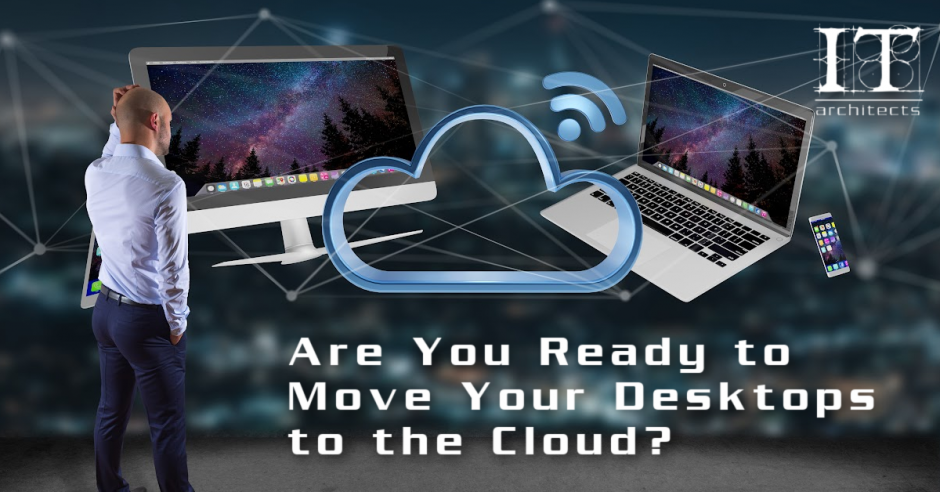 Bob Ivkovic, Principal of IT Architects

There’s a service for everything in IT, so why not a service for desktop support.  Well, it’s finally here and we call it Desktop-as-a-Service (DaaS).  I’m sure you’re so wrapped up with your own desktop support services that you don’t even know that the popularity of cloud-hosted desktops is growing.  There’s been a myriad of IT vendors coming up with their own brand of DaaS, but it’s too complicated to understand which features, deployments, and maturity they offer in replacing what you’ve got and spent a lifetime building.

What is the Definition of DaaS?

DaaS is a virtual desktop infrastructure (VDI) hosted in the cloud and offered as a subscription service, typically charged for by the seat so that organizations only pay for the services they need.  From an architecture standpoint, it is based on a multi-tenancy architecture deployment where a single application instance is delivered to multiple users, or what we call tenants.  Just think of all the common services provided to all the tenants in an apartment building – utilities, cable, cleaning, etc. The DaaS vendor is responsible for managing the infrastructure supporting everybody’s desktops just like the landlord manages accommodations for the tenants in an apartment or office building.

What are the Benefits of DaaS?

Most everyone is on this cloud services bandwagon, so why not DaaS?  Many companies are struggling to meet service desk expectations and are willing to move away from managing their on-prem IT infrastructure and business systems, whether in their data center or co-location.  Some of the key benefits of DaaS are the following:

Enhanced security
Security of the virtual desktops is handled by the provider so business owners can be confident that their systems are safe and secure.  Data is safely stored in a data center, and not on individual devices which can be vulnerable to attacks.

Greater flexibility
Virtual desktops can be accessed from virtually anywhere, allowing employees greater flexibility to get work done at the office or remotely.  People don’t have to worry about where their files are stored because everything is safely stored in the cloud and accessible at any time.

Decreased Maintenance
Virtual desktops are managed by third-party providers, making costly and time-consuming maintenance a thing of the past.  Thus, desktop applications and user profiles are no longer maintained in-house.

There are many benefits to DaaS apart from the operational tasks that come to mind such as upgrades, software fixes, patch management, disaster recovery, security, user provisioning, and migrating between environments.  However, going from a capital expense (capex) to operational expense (opex) model is a game changer.  This is a key benefit from a financial perspective, and less risky from an executive management position.  The organization no longer has to worry about maintaining IT assets.  Depreciating assets is left to the cloud vendors.  As a service desk consultant, I see the key benefit of DaaS being able to access corporate data and applications from a wide range of company-provided and BYOD devices.  Technology is changing to fast to be able to manage everything on our own.

Who are the Major DaaS Players?

There are many vendors with competitive DaaS product offerings, and growing rapidly.  Some of the more popular vendors with a mature DaaS platforms include the following:

As a service desk consultant for the past two decades, I’ve worked with organizations to establish desktop competency centers from scratch.  With the advent of Desktop-as-a-Service (DaaS), we can get rid of the “from scratch” philosophy.  This has now all culminated into a service to manage desktop deployment and maintenance.  Organizations are striving to become operationally and cost effective in applying new technologies in favour of supporting their user desktops.  And the only way to do this is through DaaS.