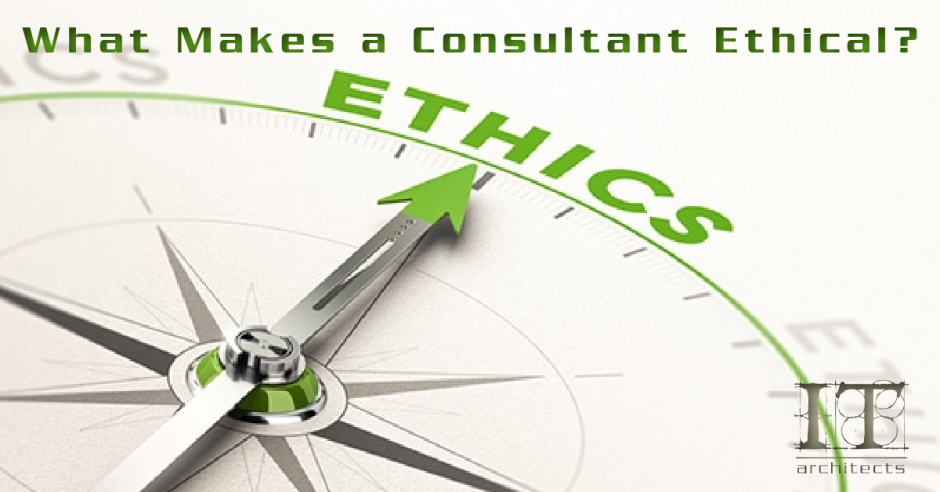 Ethics is something that I have taken seriously as long as I can remember.  When I was approached to write an article on the topic by a friend, I felt honoured.  After all our conversations on ethics and doing the right thing, I was just happy to know that someone actually paid attention.  It all started with my text to him entitled “Concepts on Ethics in Working Life”.  We both agreed that this had relevance to being an ethical consultant.  Besides, I put a lot of those thought concepts together in the past as short introduction papers for a record of my experiences, and I also used them from time to time as topics of education in courses as the opportunities arose to present dilemma models of challenge and deliberation.

In our work life, whether as an employee or as a contracted agent, we are too often drawn or in tension between doing the right thing and what might be demanded by the organization that we are engaged with.  At most times the demand is placed upon us by a boss or organization that may choose to deliver without due regard for the methods or integrity of an expedient solution.  As a professional, I have an ethical responsibility to do no harm and as such cannot always comply with demands for action or methods that are, in my conscience, inconsistent with my professional ethos.

If we choose to stand our ground – as we should if the matter at hand has potential to cause harm either directly or indirectly to the stakeholders – which includes not only internal personnel but also customers, investors, and in fact in many cases, the general public too, we run an ever probable risk of being ousted from our position.  When I say “stand our ground”, I mean we should use every reasonable means possible to support our position of concern, lest the organization does not recognize the risk.  However, all to often organizations don’t care to recognize the inconvenient truth and force the issue as a matter of standard business practice.  In such cases, we must make our decision based upon our own personal ethical standard.  After more than forty years of professional IT practice, I can still claim that I have not once knowingly compromised my integrity; I am at one with myself, although sometimes this has cost me dearly.  But in retrospect, I would not change a thing.  Once lost, forever compromised is how I see it.  Respect for self is the basis upon which people earn the respect of others.

Why make enemies when you can more easily make friends by compromising on strict principles?  If this is what is necessary to stay in their favour then they cannot be considered friends, as trust must be compromised, which displaces all but an alliance of convenience and it will be fraught with continuous risk to that association.  This type of alliance or association is of no, or shallow, value, unless you are prepared to relinquish your values and adopt the groupthink, which is typically born of compromise for convenience and expedience.

If one decides to go that route, one is immediately lost to mediocrity at best and total corruption of principles follows quickly behind such a decision, as rivalry within such groups is all to common.  Unfortunately, this works all too well for many, for a while at least, as like-minded people tend to cluster together in close association, which forms their organizational defense system.  I use the term “organizational” loosely here as it refers to alliances of convenience for sharing the reciprocal benefits of group malfeasance.  Anything born of such corrupt compromise cannot endure for very long, but it may be satisfying to participants for quite a while, yet the corruption by its nature causes uncertainty within the group.  Leadership, such as it may be loosely referred to, has to give way to dominance by a clique and power squabbling with the resultant in-fighting, which are typical characteristics of such an association.  However, I think many people fall into such situations unwittingly and do not see the forest for the trees; they lack the ability to think for themselves and just follow the crowd.  When and if the situation comes upon them that something is not right, they feel entrapped and go along with it because it is not their responsibility – they were just following orders or directions, thereby abdicating on their true responsibility.

I believe that the attitude, character and tenacity of an individual are what produce the ethical hallmark of that individual.  Doing the right thing always, and as a good friend of mine adds for emphasis, “even when no one is looking”, takes tenacity and courage to be true to one’s ideals.  Such people are confident within themselves for they make the decisions by which they live; they believe that we should not allow other people to do our thinking for us.  That is not to suggest that they do not listen to the opinions of others, but that having considered such opinions they make their decision and own the responsibility of their decisions and resulting actions.  Thus, another trait of ethical conduct is being prepared to listen to the opinions of others and to seek to understand their position.  Not to listen and consider differing opinion is the result of prejudice or a closed mind. There is truly nothing as wasted as a closed mind.

Mr. Eugene D’Arcy is a Senior Project Manager affiliated with IT Architects in Calgary, Alberta.  Eugene has served as a trusted advisor providing a wide range of management and IT consulting services in Project Management, Business Process Engineering, Systems Architecture, and Business Continuity & Resumption Planning for various sectors including oil & gas, airline, and government.  He has also been a sessional instructor for Project Management and Business Financial Control at SAIT.  IT Architects (www.itarchitects.ca) is an information consulting firm specializing in business process optimization, system evolution planning, and the deployment of leading-edge technologies. If you require further information, Eugene can be reached at info@itarchitects.ca or 403-860-8207.